What are civil rights?

They are the personal rights of the individual citizen, upheld by law in most countries. The American civil rights movement is one of the most important movements in American history. It was a movement against racism and injustice, which touched every black family in America in some way, and has had a lasting impact on later anti-racist movements.

The civil rights movement began in the 1950s when, degrading despite the abolition of slavery, black people still lived in poverty, under a system of racial segregation, known as “Jim Crow”. Many southern states denied blacks the right to vote, organise or meet together. Transport, public toilets and schools were segregated, with the worst conditions reserved for black people. 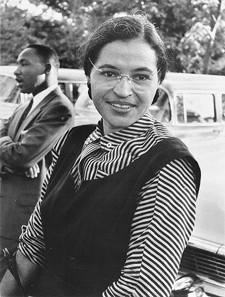 Rosa Parks with Dr.Martin Luther King Jr. in the background, circa 1955.

Action in the civil rights movement began in Montgomery, Alabama, when a woman named Rosa Parks refused to give up her seat on the bus to a white person. Black people had to pay for their bus fare at the front of the bus, and then get on at the back. When all the “Whites Only” seats at the front were full whites had the right to demand that blacks in the next row give up their seat. When Rosa Parks refused to move, she was dragged off the bus, arrested and fined $10. This was the first time a black person had been charged with violating the city’s segregation laws. The black community was outraged and decided; it was time to fight back.

A one-day boycott of the buses was organised, but it was so successful that it continued for a year. What started as a campaign for more sensitive treatment became a demand for the complete abolition of segregation on the buses. During the year of the campaign many blacks had to walk miles to work each day, and racist whites bombed eight black churches. However, when the State of Alabama finally agreed to desegregate the buses this was seen as the first major victory for the civil rights movement. 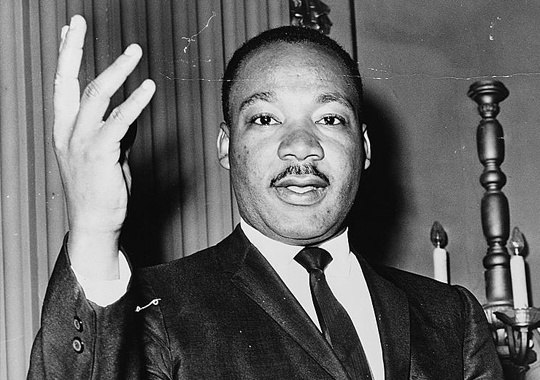 The churches, which played an important role in the life of the black community, were used to organise the campaign. One of the ministers asked to lead the protest was Martin Luther King. He went on to become the most famous leader of the civil rights movement.

Little Rock in Arkansas in 1957 was the scene of the first confrontation regarding the desegregation of schools. Segregation in schools had been abolished in the law courts, but when nine black teenagers tried to go to a school in Little Rock they were physically prevented by racist whites. It was necessary for the government to send in troops to ensure that the black students could enter the school safely. The government had to act on behalf of black people.

Young people played an important part in the civil rights campaigns of the 1960s. It all started when four black students went into a whites-only canteen and refused to leave until they were served. This was the start of the “sit-in” movement, when young people would enter lunch bars and demand to be served. When they were refused they would sit-in. The invasion meant that bar owners lost money. When police came to remove the protesters there were always more groups to take their place. Thousands of young people were arrested and many expelled from school, but the sit-ins continued. 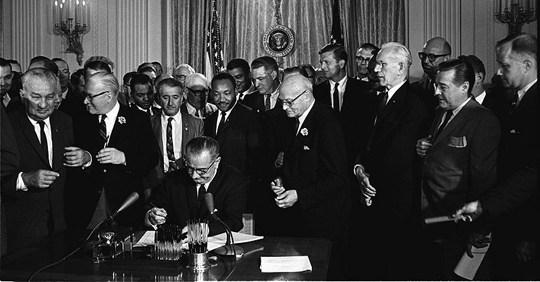 The civil rights movement spanned over 25 years, with many anti-racist groups and organisations growing out of it. Not only was the movement about fighting racism, it was also about fighting the poverty that many black families were forced to live in. Even in America today, such movements against racism and poverty are just as important as ever.