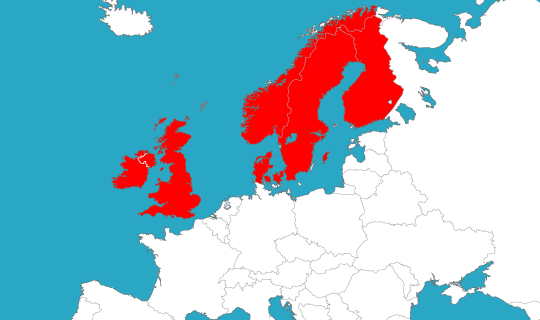 Countries of Europe involved with Show Racism the Red Card

The campaigns in each country have education through sport as a common goal but draw on different local resources to get the message across. So in Ireland, the involvement of the Gaelic Players Association and Irish Rugby Union Players Association is of great importance to us.

While racism in sport has been a major problem in many countries it is not so manifest in Ireland and we want to keep it that way. Racism is a problem of society and it has been the case that in countries such as Italy, England and elsewhere racism found it’s reflection in the football stadium. Racism has only declined in English football because of a series of very strong anti-racism campaigns within sport over the years, yet it still remains a problem for society.

The Show Racism the Red Card video reveals this as a problem where professionals such as Chris Hughton were subject to a torrent of abuse every match they played in the 1980s, while Shaka Hislop notes that it was an experience where he was perceived as ‘just another black person’ that led to him being active in the Show Racism the Red Card campaign.

I was putting petrol in my car at the garage and these kids started shouting racist abuse. Then after a bit one of them realised who I was and told his friends. Then they came over looking for autographs. That really hurt 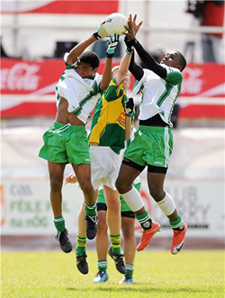 In the 1970s and 1980s players experienced it in the stadium while in the 1990s and today they experience it outside the ground. On the video many players reveal that they are subject to racism outside the game because of the work inside the game has had an impact, but revealingly showing that there is a lot of work to do in society.

Young people talk about the isolation they feel when they are suffering racism in the amateur leagues where there is not the protective surrounding a professional in the premier league.

We have had reports of racism in sport in Ireland over the last years. In July 2005, Shelbourne Player Joseph Ndo was subject to a torrent of racist abuse when he played at Steau Bucharest in the Champion League second round qualifier. Racism is becoming a big issue in Ireland so much so that a survey by the Irish government’s anti- racism campaign Know Racism revealed that one in five Irish people have witnessed racism. 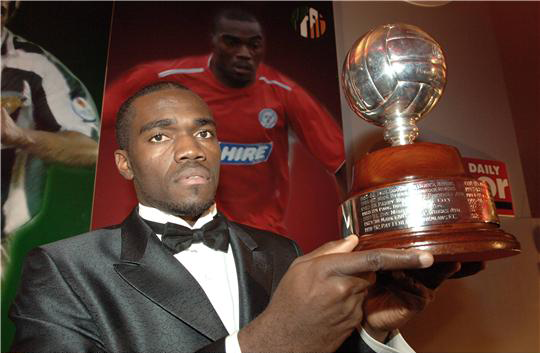 Shelbourne Player Joseph Ndo has been victim to racist abuse. He is seen here recieving player of the year award at the 27th PFAI Player Awards 2006. Picture credit: David Maher

A previous event organised by Show Racism the Red Card, Irish Independent Journalist Karl Mc Ginty spoke to the young person next to him. Though immensely happy in school, she told of the sickening catalogue of abuse she endures daily from complete strangers and which, she confessed, “makes life miserable for blacks.”

36% of Irish people have no contact with non-Irish nationals in Ireland and this goes some way to explain the level of racism in Ireland.

Statistic from the Know Racism Report

Amnesty International revealed the issue of bullying by use of mobile phones: “The kids in school send me text messages on my mobile phone saying ‘you black nigger bastard’. “I am afraid to look at my messages”.

Racism breeds through fear and ignorance and not knowing or understanding those from different backgrounds. Integration in society happens through school, work and college along with active involvement in extra- curricular activities.

The Know Racism report revealed that 36% of Irish people have no contact with non-Irish nationals in Ireland and this goes some way to explain the level of racism in Ireland. Through our partnership of those involved in education and sport we hope to promote integration and stamp out racism. We hope that our partnership of Gaelic games, Rugby and Soccer and those involved in education opens the way for more participation and integration of Irish and non-Irish.

Through playing together, working together and being educated together we can grow with enough understanding to Show Racism the Red Card.